To all cities including Harare, Bulawayo and Chitungwiza

Zimbabwe, officially The Republic of Zimbabwe is located in Southern Africa between the Zambezi and Limpopo rivers. For as little as £64.90your parcels can be delivered to Zimbabwe in 3-5 days, when you drop your parcel off at one of our 52 nationwide depots - saving you additional money on our collection service price. 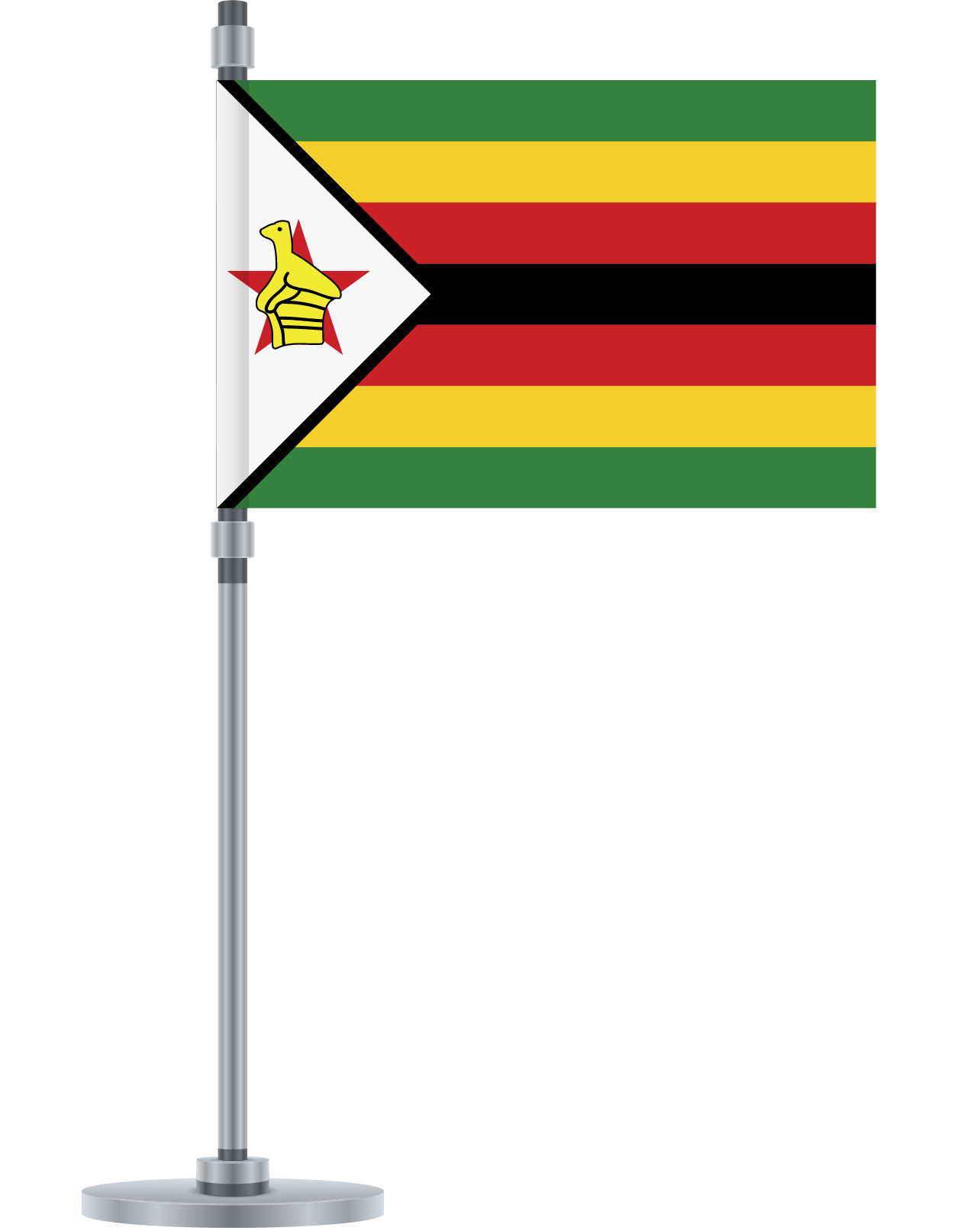 The name Zimbabwe is based on a Shona term meaning ‘Great Zimbabwe’ loosely translated as ‘large houses of stone’; An ancient city whose ruins still lie in the South East of the country, the site is now protected. In more recent times (1960) Zimbabwe was known as Rhodesia, and came from the surname of Cecil Rhodes who instigated colonisation in the late 19th century. Zimbabwe was officially adopted around 1965 after a vote by nationals to find a more appropriate name.

Zimbabwe is a landlocked country boasting some of the world’s most awe inspiring natural wonders; The Victoria Falls, located in the North West of the country is one of the world’s biggest and beautiful waterfalls, situated along the famous Zambezi river.

Mount Nyangani is located in the East and at its summit reaches some 2,592m.

The climate is tropical, and Zimbabwe experiences a rainy season, from October through to March. Though outside of this period droughts are commonplace, and storms in between these very hot months are very rare.

Tropical evergreen forests are supported in the mountainous East, that are home to the likes of Mahogany and Teak. Though these are not exported as much as you may think. The biggest exports from Zimbabwe that account for much of the countries income are; Minerals, gold and diamonds.

Tourism used to form a large part of the foreign income for the country, but since 2007 this has fallen significantly due to the decline in wildlife, due to poaching and deforestation.

Farming has also declined in recent years as land was taken from non-ethnic groups in the land reform programme. Some 400,000 farmers were employed within the agriculture sector prior, and while the land has in some cases been handed back to local farmers, it is no longer productive. Zimbabwe as a result now have to import much of their food products.

*Public holidays in Zimbabwe may affect our estimated transit times.

How to package parcels to Zimbabwe

Although your parcels are likely to reach Zimbabwe in only a number of days, we would still recommend taking the time to prepare and package it well for transit to ensure its delivered safely and intact.