To all cities including: Freetown, Kenema, Bo and Koidu.

Sierra Leone has maintained historical ties with the UK with aid accounting for the major trade links between the two nations. Providing a secure courier service to the capital Freetown and beyond, you can be sure that your parcels will reach any part of Sierra Leone you desire; including the cities of Bo, Kenema, Makeni and Koidu Town. 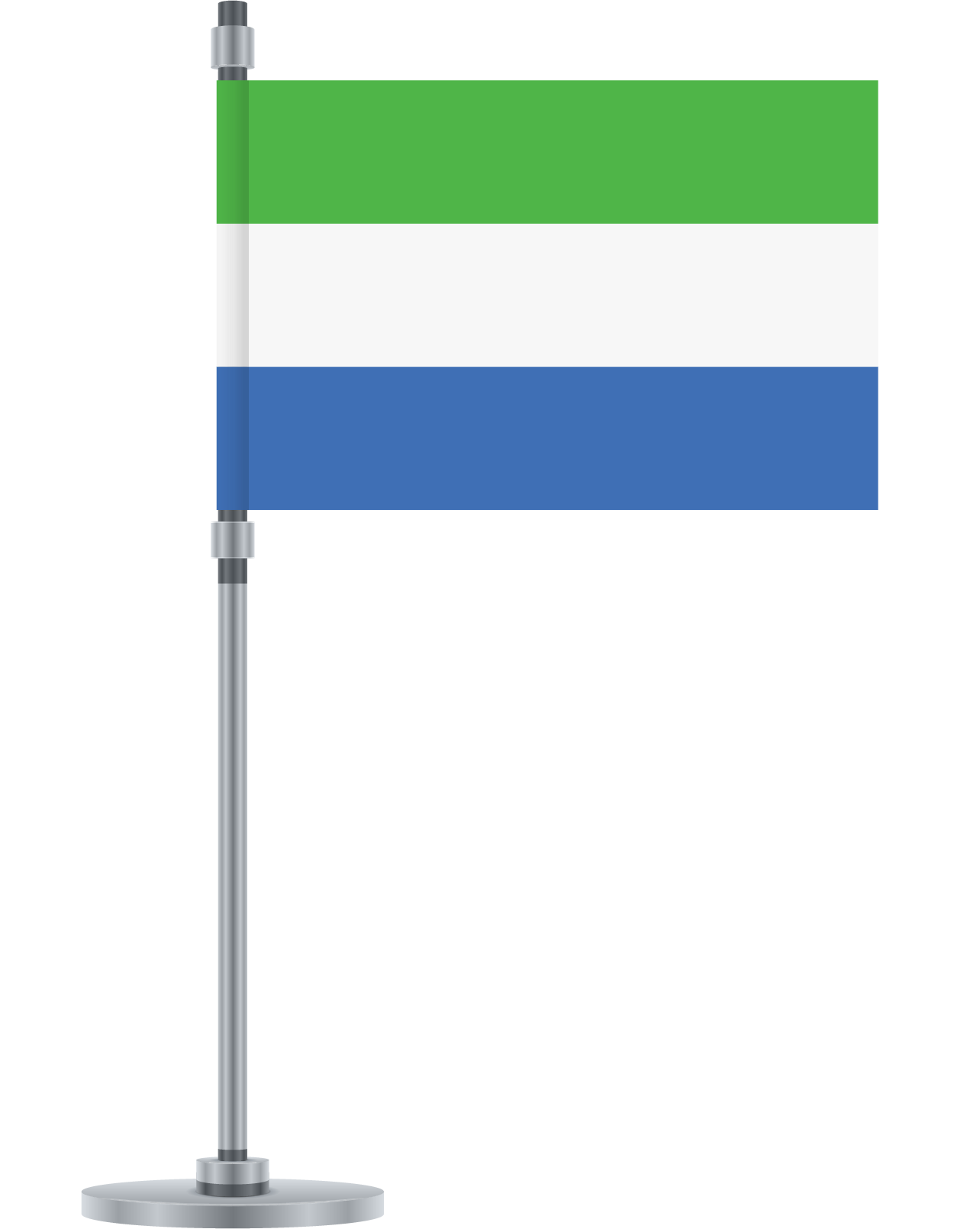 The West African nation of Sierra Leone shares its land borders with Guinea and Liberia, and has a considerable expanse of Atlantic coastline. The country has a tropical climate with environments ranging from rainforests to savannah, lowland plains and grasslands. The eastern part of the country also features a wide plateau with mountainous regions dispersed across it.

Mining has formed the basis of the country’s economy for decades, with Sierra Leone among the world’s biggest producers of bauxite and titanium. Large deposits of rutile and gold are also found in the region, making it particularly popular with those operating or working within these industries.

As well as these strong modern attractions, Sierra Leone also boasts a vibrant history that dates back a considerable amount of time. According to archaeological evidence, the country has been inhabited continuously for at least 2,500 years with migrants from other parts of the African continent responsible for the continual population.

Although it gained independence from Britain in 1961, Sierra Leone has maintained historical ties with the UK and other former British colonies by being a member of the Commonwealth of Nations.This gives it strong and convenient trade links with many British territories while good relations also exist with other parts of the West, including the USA, and diplomatic relations exist with China, Libya, Iran and Cuba amongst other countries.

How to package parcels to Sierra Leone

Although your parcels are likely to reach Sierra Leone in only a number of days, we would still recommend taking the time to prepare and package it well for transit to ensure its delivered safely and intact.