Treat friends and family “back home” to treats and gifts from the UK with secure parcel delivery to Aruba.

Heavily reliant on tourism, Aruba is one of the four constituent countries which form the Kingdom of the Netherlands and receives a high volume of domestic packages for relatives and friends living in cities such as Oranjestad, Paradera, San Nicolas and Noord.

Our secure courier service can help manage these deliveries from just £29.44* and promises direct delivery in 3-5 days. Although the country trades most with neighbouring Venezuela, its other Netherlands countries and the USA, we can still take care of commercial packages if you need us to. 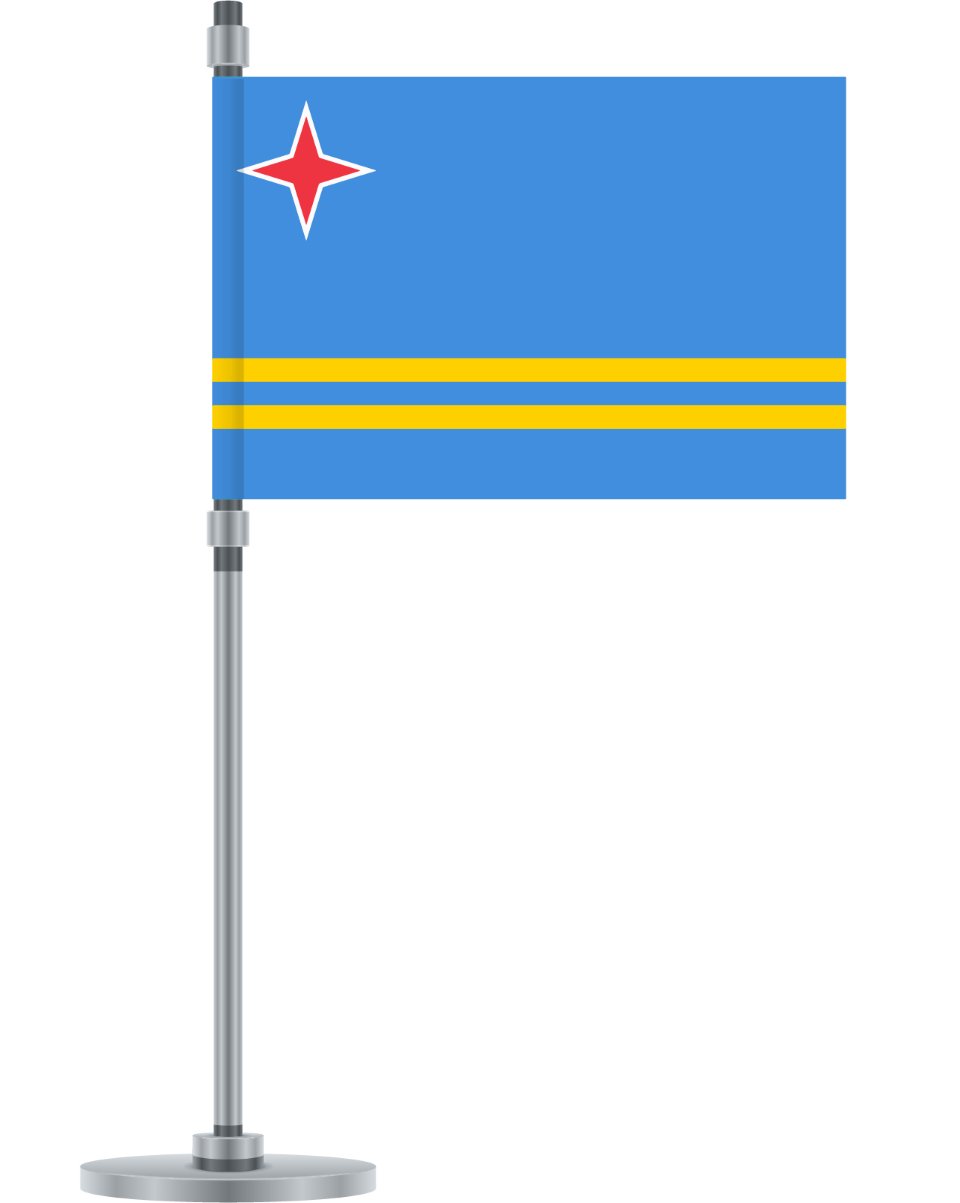 Aruba is just one of the Lesser Antilles islands that are located on the Southern Caribbean Sea and close to the coast of Venezuela – on clear days it is possible to see the stunning Venezuelan landscape from the south-eastern side of Aruba. Aruba itself is one of the four constituent countries that form the Kingdom of the Netherlands and is divided into eight regions with its capital city being Oranjestad.

Unlike many other Caribbean islands, Aruba has a dry climate with a cactus-strewn landscape making it a hotspot for western tourists who help to support its thriving tourism industry which in turn supports its local economy. The Arawak heritage is a great deal stronger in Aruba than on most other Caribbean islands too which provides great cultural interest – although no original Aboriginals remain on Aruba the features of modern islanders clearly indicate their genetic heritage.

Most of the population of the country is descended from Caquetio Indians, Dutch and Africans, with a smaller number being of Spanish, Portuguese and English descent. The official language of Aruba is Dutch, but since 2003 Papiamento has also been spoken by locals. The English language is also well known by residents and has grown significantly since the rush of tourism hit the island.

The holiday of Carnival is extremely popular to all who live in Aruba and is celebrated for weeks afterwards (and has been since the 1950s). Religious festivals including Christmas, the Feast of Ascension and Good Friday are also celebrated with American tourism bringing events such as Thanksgiving and Halloween to the island too.

How to package parcels to Aruba

Although your parcels are likely to reach Aruba in only a number of days, we would still recommend taking the time to prepare and package it well for transit to ensure its delivered safely and intact.