Found in Central America, the Republic of Honduras relies on the mining of zinc, gold and lead for its economic prosperity, especilaly in Tegucigalpa, San Pedro Sula and Cholomaor El Progreso. Send a parcel to Honduras via our reliable and safe Worldwide Air delivery service from £37.55* in just 4-5 days*. Our standard delivery option includes collection from your work or home address. Alternatively, drop your parcel at one of our 52 nationwide depots and save additional money, bringing the cost of your parcel down to as little as £36.10* . 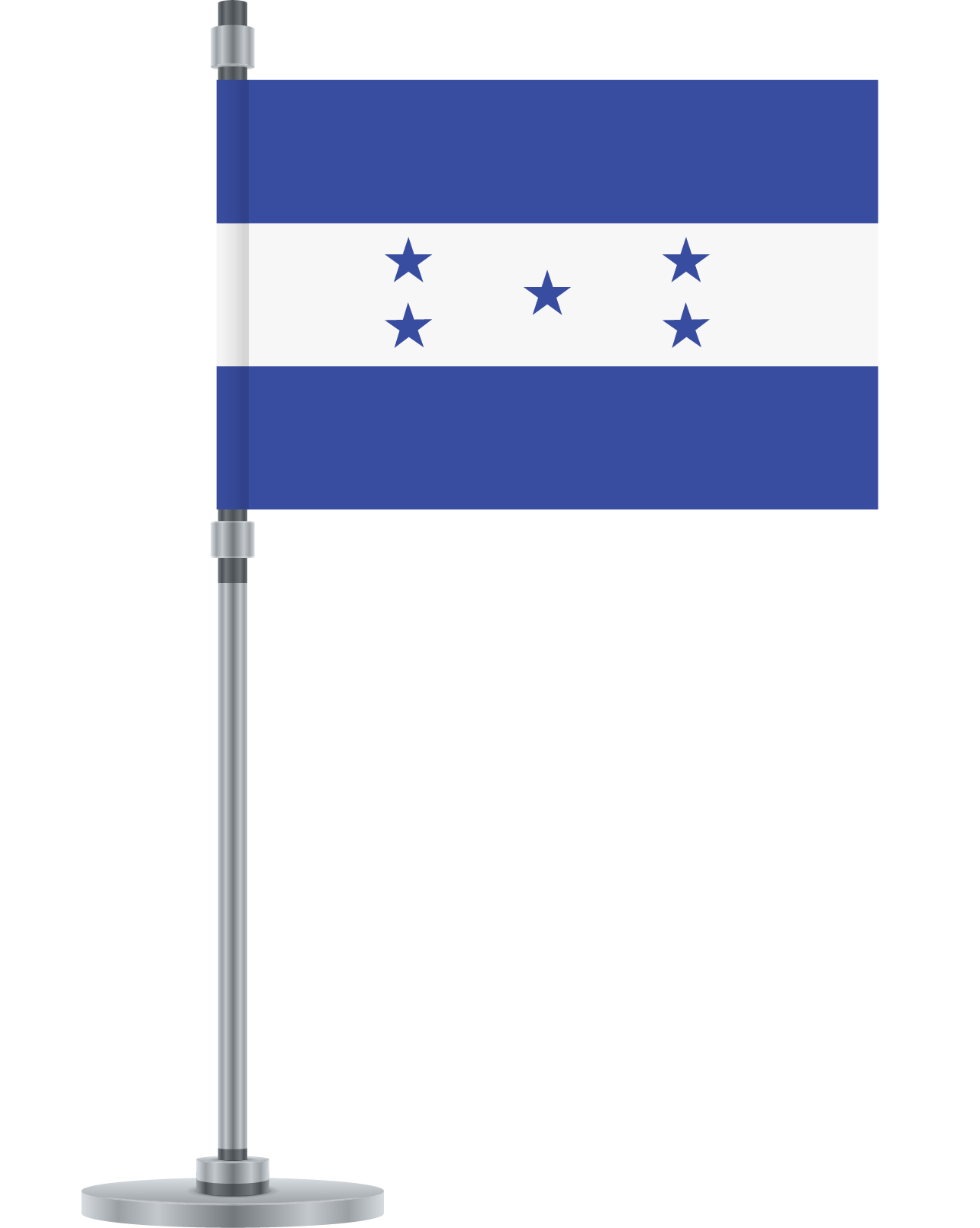 Bordered by Guatemala, El Salvador and Nicaragua, Honduras is home to a number of important Mesoamerican cultures, most famously Maya. Known for its natural resources, Honduras exports coffee, tropical fruit and sugar cane around the world. Legends and fairy tales are central to Honduran culture, with the legend of Lluvia de Peces (Fish Rain) being the most popular and passed on from one generation to the next.

Homes in Honduras are made of bricks and cement with a distinct architectural style, while the kitchen is thought of as a “special” room outside of the house with a wood fire built on the floor or a platform. The cuisine in Honduras is simple yet effective, with beans and corn tortillas being the staples of the local’s diet; the beans are normally fried while the tortillas are small, thick and handmade. Consisting mainly of mountains, there are also a number of narrow plains to see along the coasts which attract many tourists each year. However, it’s the undeveloped lowland jungle; La Mosquitta – located in the northeast – that captures the attention of many.

Perhaps unsurprisingly, Honduras is known as a biodiversity hotspot due to the vast amount of plant and animal species that its home to. In fact, the country is host to over 6,000 species of plants and 250 reptiles and amphibians, without forgetting the 700 bird species that can be found. The rugged rainforest – Parque Nacional – is perhaps the most famous tourist destination for curious western travellers in Honduras. With its dry pine forest and numerous rivers and waterfalls, there is plenty to see and take advantage of and you are sure to catch sight of a few pumas, peccaries and armadillos.

How to package parcels to Honduras

Although your parcels are likely to reach Honduras in only a number of days, we would still recommend taking the time to prepare and package it well for transit to ensure its delivered safely and intact.