To all cities including St. George's, Gouyave and Grenville St Georges, Bacolet, Debra, St David’s; we send parcels to every city in the “Island of Spice” on a daily basis, costing you as little as £37.70* .

Guaranteed to get to your recipient in just 3-4 days* you can be sure you’re getting the very best for your money when posting to this beautiful country which is made up of the island of Grenada itself and six smaller islands. 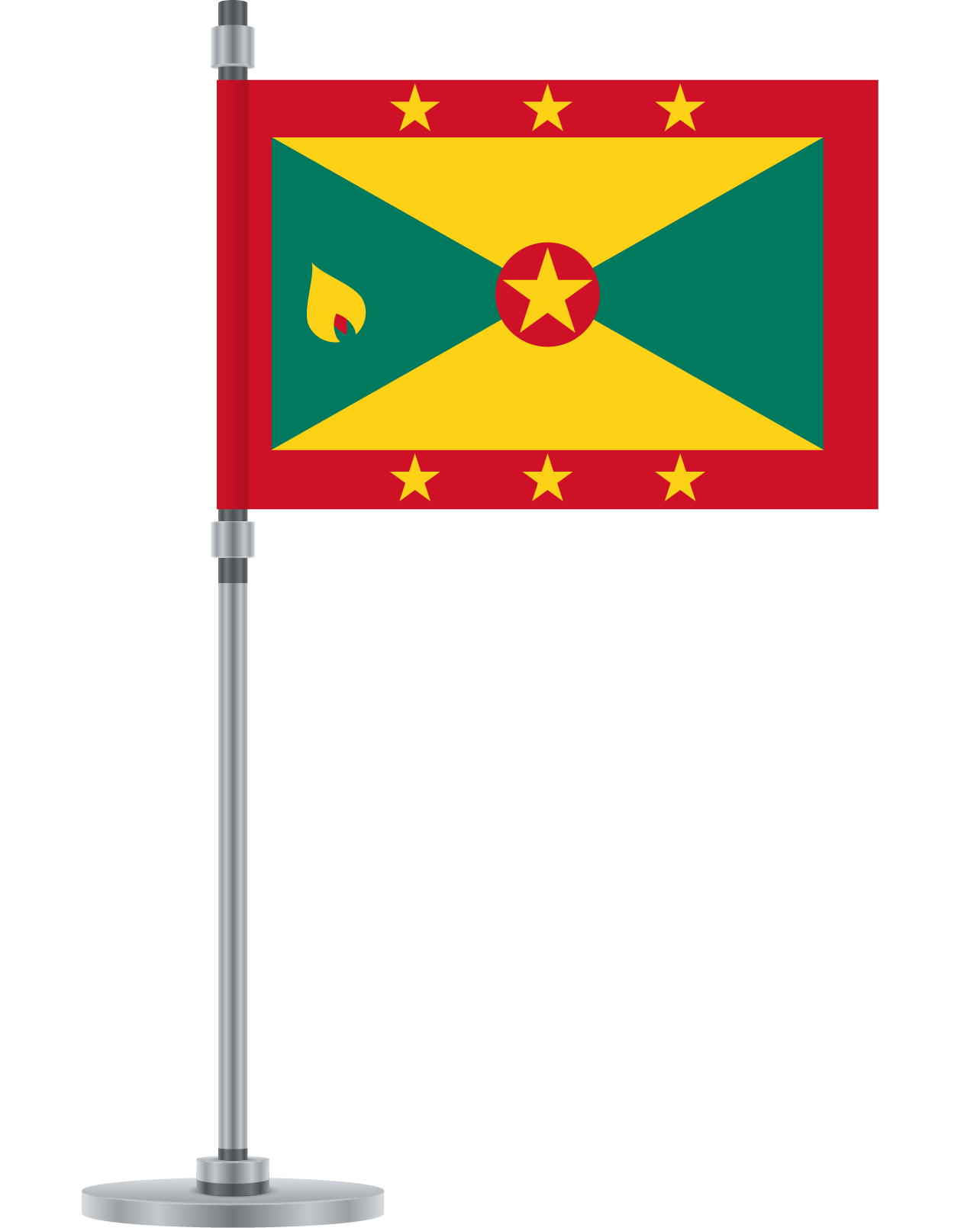 Adding spice to the Caribbean, Grenada is located northwest of Trinidad and Tobago but also borders Venezuela and Saint Vincent.

Officially known as the “Island of Spice” due to its large production of mace and nutmeg, it has become one of the world’s largest exporters of these spices. The success of these crops is likely due to the rich soil in the country which is produced by the volcanic origins of the islands, something which also gives Grenada its highest peak – Mount St Catherine – at 840 metres.

The country is also home to a number of small rivers and stunning waterfalls that flow into the sea from the mountains, making it the perfect location for nature lovers. The climate is largely hot and humid during the rainy season but is cooled slightly by winds during its tropical dry months.

The official language of Grenada is English, which is used in government, however, Grenadian Creole is used a great deal by locals throughout the island.

The local cuisine of the island is largely influenced by French which can be seen in the well seasoned spicy food and styles of cooking; often considered similar to what is found in New Orleans. Some of the most common foods include salted pigtail, pig’s feet, salt beef and chicken, and green banana.

A large amount of French architecture has also survived in Grenada – dating back to the 1700s – although the culture is largely influenced by the African roots of many of the Grenadians.

How to package parcels to Grenada

Although your parcels are likely to reach Grenada in only a number of days, we would still recommend taking the time to prepare and package it well for transit to ensure its delivered safely and intact.