Home of the world’s largest hot spring – Boiling Lake – and mostly covered in rainforest, Dominica is a stunning country that has a massive 365 rivers, several protected areas and national parks as well as a wealth of waterfalls.

From Roseau to Pointe Michal, Canefield and Castle Bruce, you can send parcels to Dominica – which was named and discovered by Christopher Columbus – from as little as £29.44* with delivery guaranteed in 5 -7 days*.

As a predominantly English-speaking country that celebrates many Christian festivals and also enjoys strong trade, parcels can be sent to Dominica for personal or professional reasons. 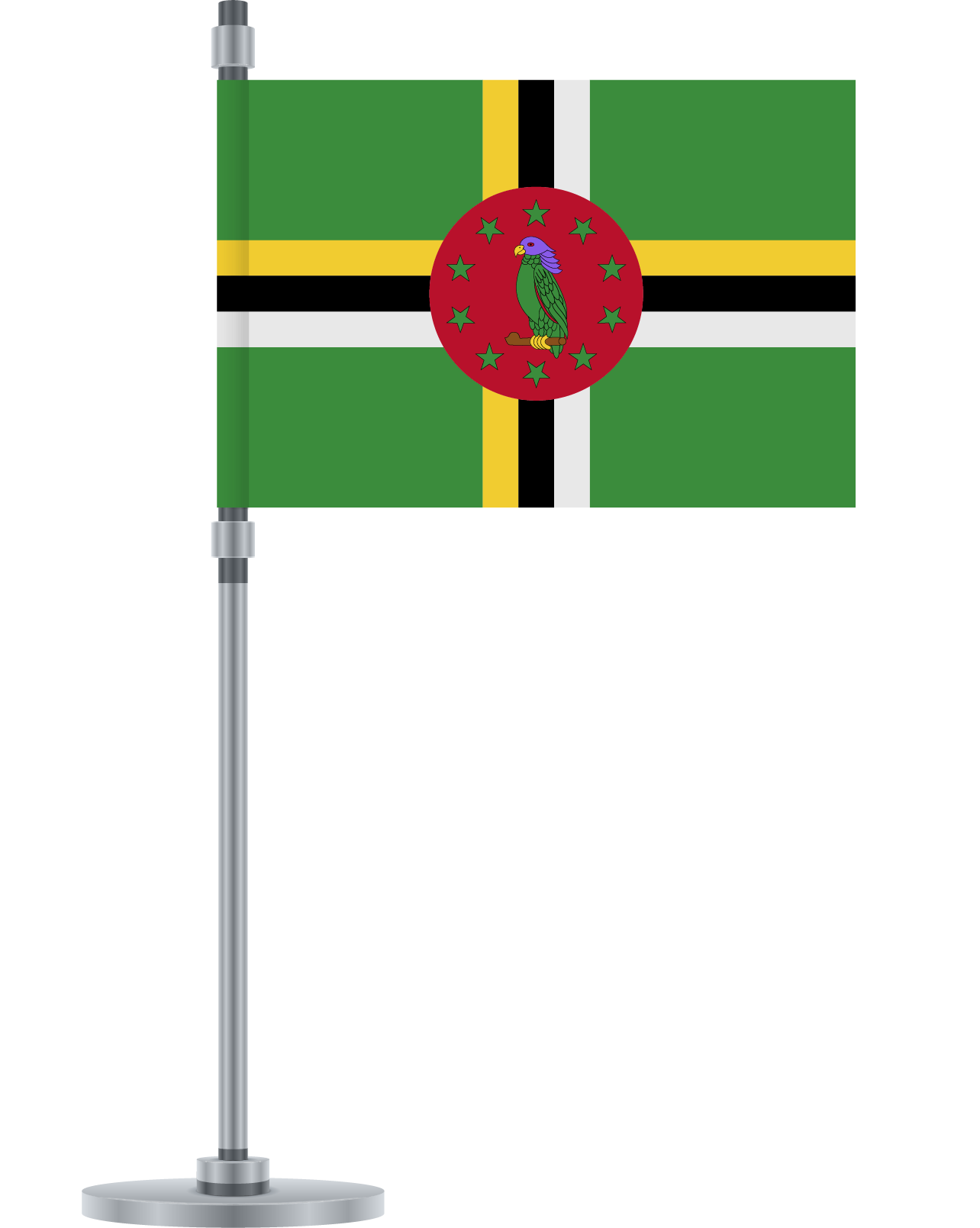 Described as one of the most beautiful countries in the world, Dominica is an island nation in the Lesser Antilles region of the Caribbean Sea, just south east of Guadeloupe and northwest of Martinique. English is the official language of the country and is spoken regularly and understood. However, due to its historic French occupation, the language of Antillean Creole is also spoken, particularly among the older generations. A large proportion of the population in Dominica are Roman Catholic, with Protestant churches being recently established.

Music and dance are huge parts of the culture in Dominica, with the annual independence celebrations making use of a variety of traditional songs and dances.

The stunning views and deep historical charm has made such an impact on westerners that most of Pirates of the Caribbean: Dead Man’s Chest was shot in Dominica.

The traditional cuisine in Dominica is similar to that of Trinidad and St Lucia, with saltfish, dried codfish and friend dough being extremely popular among locals. Plantain, Tania and Yam are popular vegetables and are typically served with meat and poultry.

How to package parcels to Dominica

Although your parcels are likely to reach Dominica in only a number of days, we would still recommend taking the time to prepare and package it well for transit to ensure its delivered safely and intact.