Send a parcel to Central African Republic from only £35.97


Whether you’re looking to send personal belongings or business products to the Central African Republic, a land-locked country in the African continent, DHL Parcel UK can help.

Although the UK isn’t one of the Central African Republic’s main trading partners, there are still a number of British businesses with links in this part of the world and we help them send products and materials overseas. You can send parcels to the capital Bangui, located near the country’s border with the Democratic Republic of Congo, or to major cities including Bimbo, Bria and Birao (nearly half of all major cities in the Central African Republic start with the letter ‘B’) to maintain your trade links with this country.

Of course, we also offer personal delivery services so if you have friends or family living in the Central African Republic then we can deliver gifts and personal belongings direct to them.

Our secure courier service costs from £35.97* to send parcels to the Central African Republic and we can deliver your package in 4-6 days*. 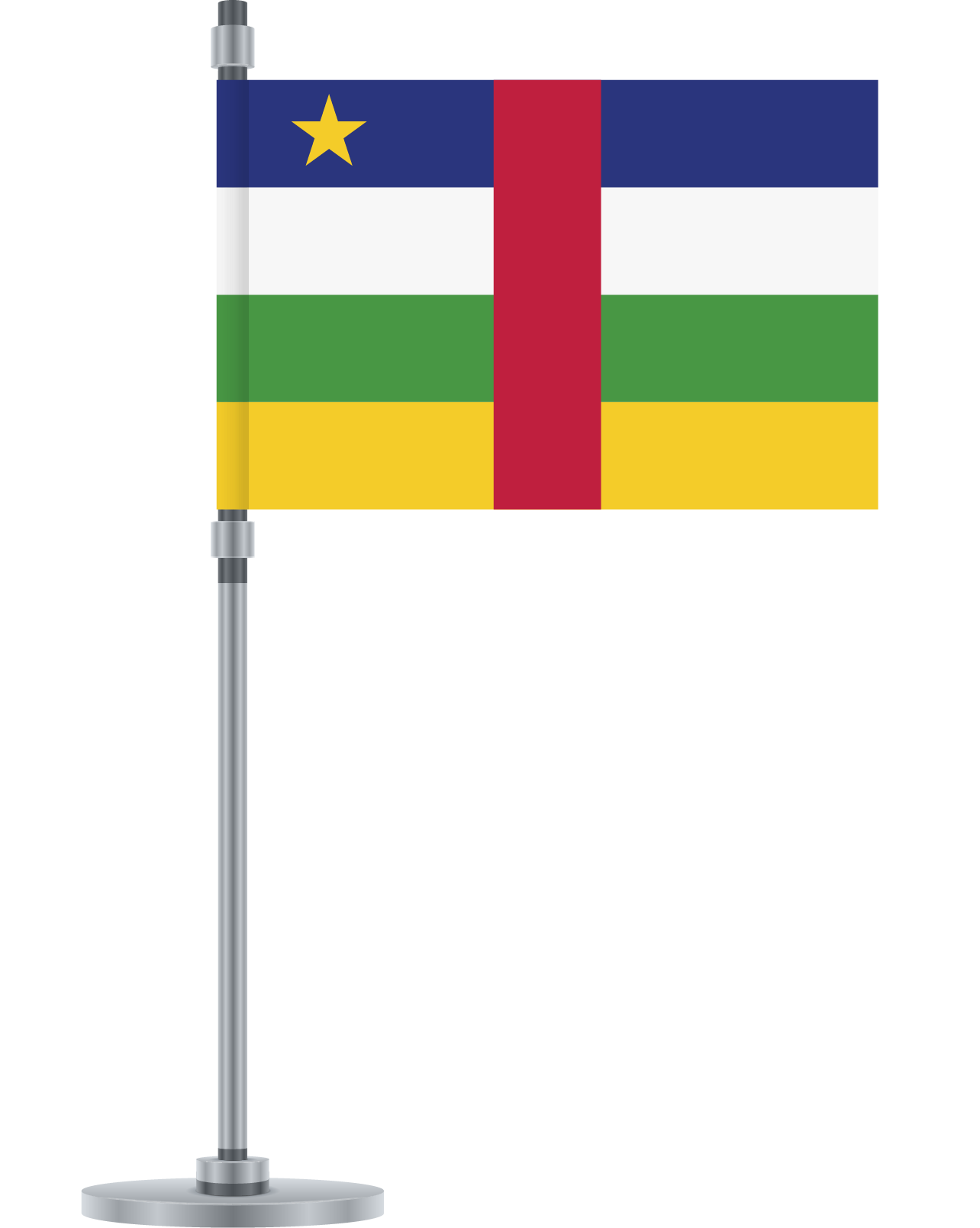 The landlocked country of the Central African Republic really is what it says on the tin. Bordered by six different nations including Chad, Sudan, South Sudan, the Democratic Republic of Congo, the Republic of Congo and Cameroon, it can be found right in the middle of the African continent.

Covering around 620,000 square kilometres, much of the land is flat and within the Ubangi River basin, providing a landscape of savannas, desert and forest. The Dzanga-Sangha National Park in the southwest of the country is just one part of a country that is home to wildlife including forest elephants and western lowland gorillas.

The region has housed humans and their descendants for millennia, although the country’s borders can trace their origins back to the days of colonial France in the 19th century. Independence from France came much later in 1960.

The Central African Republic is home to vast mineral deposits and natural resources, including uranium, crude oil, gold, diamonds and lumber. Much of the land is arable and suitable for agriculture while hydropower is also being developed and carries much potential.

Its tropical climate sees a wet season between June and September to the North, and between May and October in the south, when it rains virtually every day. The country is hot and humid for the rest of the year while some of the southern regions have seen severe desertification in recent times.

How to package parcels to Central African Republic

Although your parcels are likely to reach Central African Republic in only a number of days, we would still recommend taking the time to prepare and package it well for transit to ensure its delivered safely and intact.